ddcui is a graphical user user interface for ddcutil, implemented using Qt. It is beta quality code, Some features are not fully implemented. and various corner cases are as yet unaddressed.

The application has 3 views: Summary, Capabilities, and Features

The Summary View for a monitor reports basic monitor information, similar to the output shown by command ddcutil detect --verbose. The view exists for every monitor detected, whether or not it supports DDC/CI. 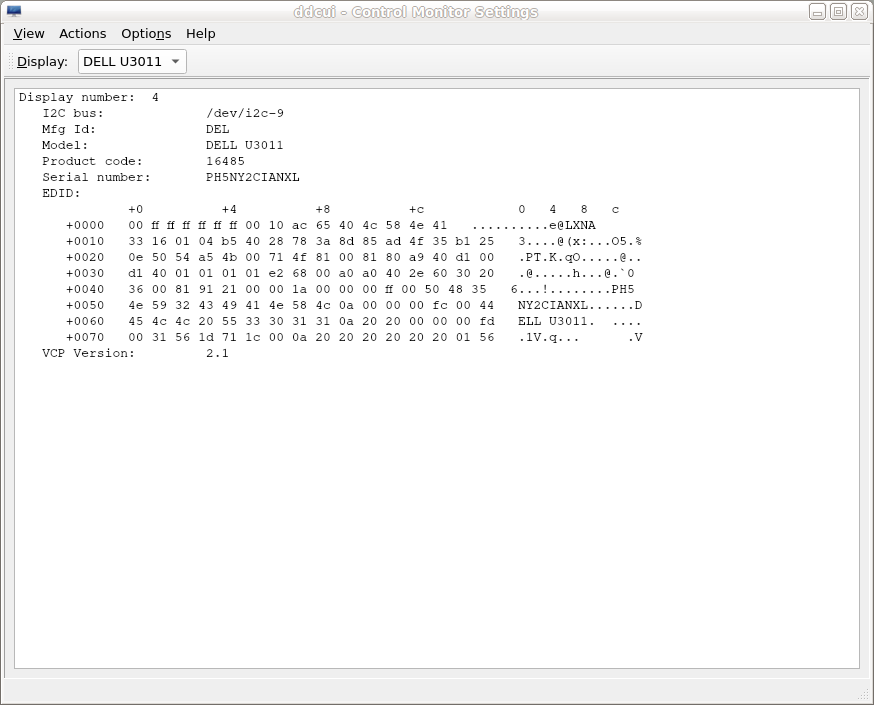 The Capabilities View for a monitor reports its raw capabilities string, and also a parsed interpretation based on the Monitor Control Command Set (MCCS) specification. This is comparable to the output shown by command ddcutil capabilities --verbose. The view exists only for monitors that support DDC/CI. 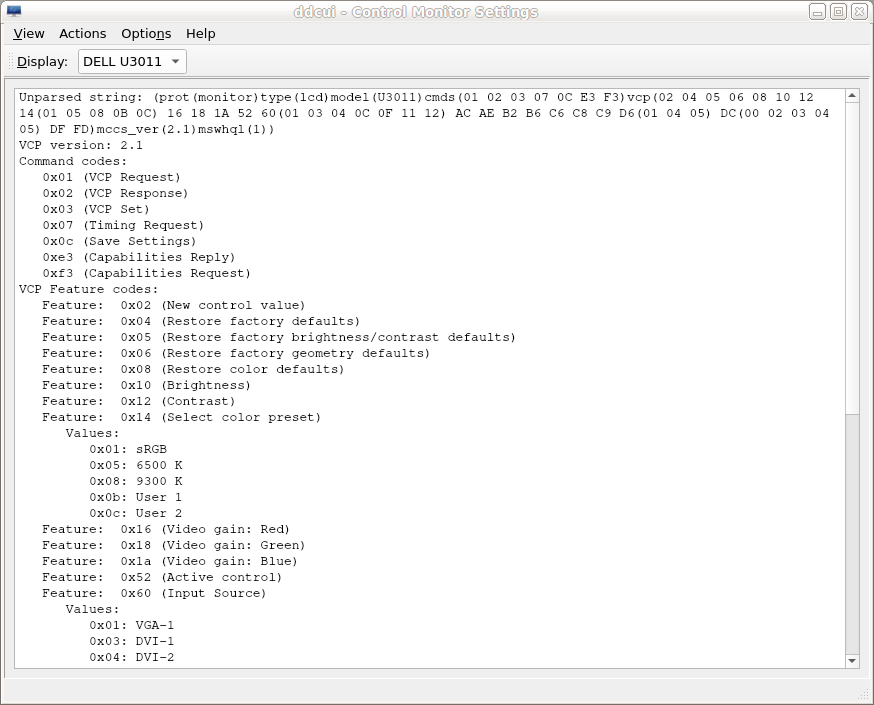 The Features View for a monitor reports the value of every monitor feature. Modifyable feature values can also be changed. The view exists only for monitors that support DDC/CI.

For instructions on how to build ddcui, see Building ddcui.

Prebuilt packages can be found on:

It is possible for feature values reported in ddcui to become out of sync with actual monitor values.

In some, but not all, cases, ddcui can be resynced with the actual monitor settings using menu item Actions->Rescan Monitor Values